HomeBlog
Dropbox Security Issues: Should You Worry about Your Company’s Data?

Dropbox Security Issues: Should You Worry about Your Company’s Data? 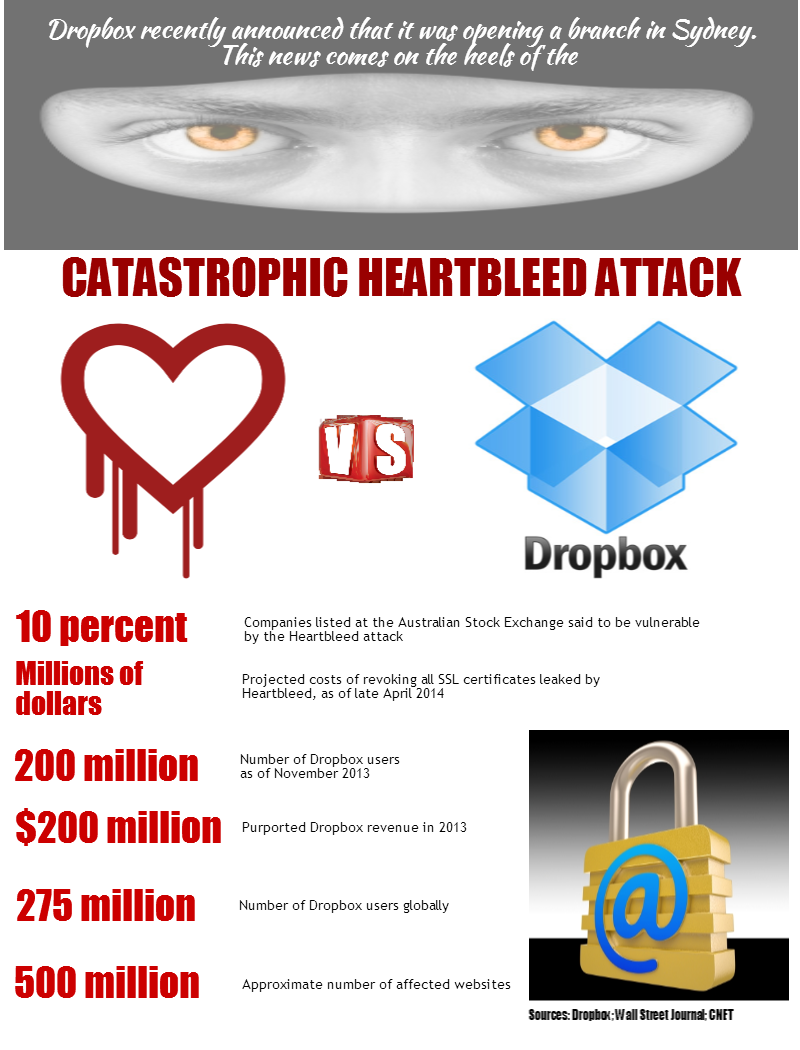 Should you be worried about data security? This is a very relevant question since news of the Heartbleed bug broke out. As a result, numerous businesses implemented preventive measures and assured their customers that their data are safe.Dropbox is one of those.  But the problem, critics say, is that Dropbox failed to do it right. Instead of sending direct emails to its users, Dropbox published a post in its blog, which is buried deep in its website. In it, Dropbox offered assurance and advised customers to regularly update their passwords.

Is That Enough to Secure Private Information?

According to the company, its security team is working non-stop. It has patched all public-facing systems that run on OpenSSL and re-issued and re-keyed SSL certificates for all domains. It also advised using strong passwords and not sharing it with other services. That’s one step to ensuring your data is safe. The next step is to check your routers and firewalls for infection. These could have been infected as well and it’s advised to get it checked by the manufacturer.Dropbox also regularly issues transparency reports to show customers which agencies request access to user data. But critics say the reports aren’t very clear when it comes to data requests for users from countries other than the United States. If that isn’t enough reason to be concerned, Dropbox was also listed by Edward Snowden as one of the cloud providers that will soon become part of the National Security Agency’s Prism spy network in leaked documents.Some were so concerned that they are calling for people to stop using Dropbox on a site called Drop-Dropbox. This, however, didn’t deter the company in its continued efforts to provide great service. Ross Piper, vice-president of enterprise strategy, undermined concerns about compromised data by Australian companies.

Your Data Could Still Be at Risk

Even without the Heartbleed bug, user data could still be at risk. There’s a risk of losing important data every time you use Dropbox, according to a post from Business IT. Most of the time, simple habits can result to getting sensitive information to fall in the wrong hands. Things like using a personal Dropbox account and sharing folders with others can make you at risk of hacking. That’s why everyone should exercise caution when storing and sending files through Dropbox.

What Does This Mean for Australian Businesses?

Dropbox is opening its first Australian office. And that is a strong indication of the kind of relationship the company has with its Australian market. The company claims that 95 percent of the top 100 Australian listed companies are Dropbox users. It takes pride in the fact that Australia has one of the highest per capita usage rates in the world. Dropbox is also working to meet the requirements of the Australian privacy principles.

Should You Still Continue Using Dropbox?

Although there are several alternatives for cloud storage and a couple of glitches in the past couple of years, Dropbox is still best in show. It’s easy to use. It’s universal. Plus, there’s an option for individuals to use it for free.You can find comfort in the company’s commitment to privacy and security. One of its tools, Perfect Forward technology, prevents any vulnerability from regaining past access. According to CNET, it doesn’t allow any previous access a key might have had to be used again. That basically means you don’t have to worry about Heartbleed again.Despite all these, Dropbox allows fast and secure file-sharing between computers. But you need something stronger for your business. Contact Greenlight if you need help in building computer networks that will allow seamless — and hack-proof — file-sharing methods. We can help protect your company’s data so you don’t have to worry about encryption flaws again.